Green, greener, greenest: what you can learn about green tea

Green tea is green tea? Well…not really. Our tea supplier recently visited the Amanprana offices. We planned an afternoon with a refresher course on green tea. On a previous visit we focused on matcha, now more on green tea in general. Interesting how different cultures can treat tea so differently…

Yunnan Province in China is the birthplace of tea. This is where its history begins. For a long time (evidence dates back to the third century BC) tea was prescribed as a medicine. Initially, the unprocessed green leaves of the wild tea trees were used.

In the fourth and fifth centuries, tea became more popular in China. Tea became a status symbol. Tea leaves were steamed and mixed with rice porridge. They let these dry and pressed them into blocks. Tea became better preserved.

Between the 6th and 9th centuries, tea also became more available to the ‘great people’ and lost exclusivity. Drinking tea was mainly seen as a stimulant. Later, the Buddhists also discovered tea. They found these ideal and recommended for meditation.

In the past 200 years, tea has made a huge worldwide advance. As a result, tea is now mainly a commercial product. One that goes all over the world. Nowadays tea is often separated from traditions and rituals.

In the 8th century, tea was first brought to Japan, initially mainly for Buddhist monks and nobles. The first Japanese tea gardens arose and they optimized the processing of the tea. The Chinese tea ceremony was adopted and refined according to Japanese customs.

Today, the tea ceremony is still an important part of traditional Japanese families. The actions performed in this are all dominated by the tea, the optimal enjoyment.

There are many different types of tea. All come from the same plant: the Camellia sinensis. The type of tea ultimately produced is determined by how and where the tea plant is grown, cultivated and processed. It’s a bit like wine actually. You have six different kinds of tea. The colors used refer to the color of the leaves or that of the infusion:

Green tea can be dried in different ways: in the pan (wok), in a bamboo basket, in the sun… The way of processing and the origin of the tea ensures that you also have many variants in green tea. Every country has its own types of tea and the different blends (mixes of all kinds of tea) are still there. The Japanese green tea also differs from the Chinese green tea because the latter is actually always fried in the pan. Japanese green tea is first briefly steamed and then optionally rolled, shaped and dried.

The names for the different types of Japanese green tea

The harvest season for Japanese green teas starts around April-May. We see the first harvest of the covered (shading) teas from the beginning of May.

Bancha: tea from the last harvest of the year (the 1stis the best). Usually from late July to August. Often it is a base blend for flavored green tea or genmaicha tea.

Kukicha: is made from the twigs, stem and veins. There is sporadically a tea leaf with this. This tea contains less caffeine and it has a soft and mild taste.

Sencha: is the most popular green tea in Japan. The sencha is folded and dried tea from the 1stand 2ndharvest (after this it becomes a bancha, see above). The tea comes in different qualities. For example, you have the ‘sencha first flush’: coming from the first picking. The tea is very rare and only a small amount is available every year. You have about 10 days to pick the very young, tender shoots. A very short time. Fun fact: In Japan, sencha is drunk warm in the cold seasons and cool when it’s hot.

Shincha: really the first picked tea of ​​the year, also called ‘new tea’, after this it becomes sencha (also from the 1st harvest). This is up to 88 days after the first day of spring (risshun).

Tamaryokucha/guricha: is mainly made/drinked in the south of Japan, this tea is pan fried and has a rather nutty taste. Small, slightly curled, rolled, dark green leaves. A bit finer than the sencha tea, but it is not rolled. The enzymes are removed by cooking them. Afterwards it is dried and sorted. The taste is fresher and fruitier than the sencha.

Kokeicha: small tea leaves are used for this. This is not top quality and that is why it is first ground (just like matcha) and then crushed into needle shape.

Genmaicha: is a sencha tea that is mixed with roasted brown rice. It resembles ‘popcorn tea’ and was mainly drunk by the poorer people in the past.

Matcha: Japanese finely ground tea of ​​which you drink the entire leaf. Only the finest tea leaves are used. Matcha is made from tencha. This is dried green tea from which the veins and twigs have already been completely removed. Tencha is only used for matcha. Just like the Gyokura, this one has also been covered for 20-30 days. Tenchais steamed, dried and baked. Especially for making matcha. The green tea from which you make tea is steamed, rolled and dried. There is also much cheaper matcha on the market. Sencha tea is often used and ground for this, they call this ‘Sencha green tea powder’. However, it is often sold under the name ‘matcha’ because there is more to earn from it. However, sencha is grown in full sun while matcha has had a long covering process. In addition, after the harvest, the twigs and veins are removed, leaving pure leaves. This is not the case with the ‘sencha green tea powder’.

Gyokuro: very strong flavour, this tea is covered with reed mats for about 20 days. This is actually the champagne under the green tea and you offer it, for example, when guests come over. You pour this tea around 50 degrees. The taste is dry and tart with a fruity, sweet aftertaste.

Kabusecha: This tea is covered for 10 days and is actually a lower quality gyokuro.

Hojicha: is a tea that you can keep for a long time. This is roasted in a porcelain pot on charcoal and therefore has a lot of taste. It is mainly made from bancha.

When you store your green tea properly, this can be very positive for its lifespan. It ensures a longer retention of its quality. Avoid at all times: light (especially sun, tea loses color and taste), heat, moisture (provides oxidation), odor (absorbs bad odors), air (let the leaves oxidize and provides a different taste). You can store your tea in the fridge if you wish, but this is only recommended if you only use it occasionally and can store the tea in an almost sealed tin. Do not keep it in the refrigerator for daily use.

Matcha comes from Chin, the precursor of matcha (green tea powder) was drunk as early as the 9thcentury and was very popular here until the 12th century. From here, this variant also ended up in Japan. The Japanese adopted the Chinese traditional customs and ceremonies. They looked up to the Chinese at that time.

Matcha was mainly drunk before the meditation was started in the monasteries. Tea plantations were established at various monasteries, plantations that still exist today and have expanded considerably over the years. Matcha was very popular until the 17th century, but over time it was increasingly replaced by leaf tea. This is because matcha is a very time-consuming and therefore expensive powder. Only recently, the use of matcha, now worldwide, is on the rise again.

Catechins in matcha and green tea

Green tea contains about a quarter of the dry mass of fresh tea leaves in catechins. These catechins have a bitter taste. With matcha, where tencha tea is used (20 days covered and unrolled), you actually do not want this bitter taste, but the taste should be more umami. Because the tea is covered, the amount of catechins is less. A big difference in taste. A big difference in taste.

Matcha is first dried with hot air. Not as long as the black tea. Then green tea is baked on a conveyor belt in about 1 minute. This is necessary because otherwise you cannot powder the tea into matcha. The tea then goes through a stone mill. This rotates for 1 second in 1 round and delivers about 30 to 40 grams of matcha per hour(!).

What makes the matcha from China or Korea different? This is just a different taste, because the tea has a different origin. It’s just what you like.

There are three different types for a tea ceremony; a Japanese, a Chinese and English afternoon tea. Many codes of conduct, symbols and actions apply here. Serenity and calm are the most important here. The traditional Japanese tea ceremony focuses on every part of the actions. Other than that in Europe we don’t care about the actions and we drink tea as if it were water.

A traditional tea ceremony is very special to experience. Although we have received a shortened version, we still have a good impression of the precision and the actions involved. Pretty new to us Westerners :).

Some wisdoms about tea that I learned during the visit and that I would like to share with you:

Want to read more about green tea and matcha?

Want to read even more?

Get inspired by our many different recipes .

Curious where our products are for sale? 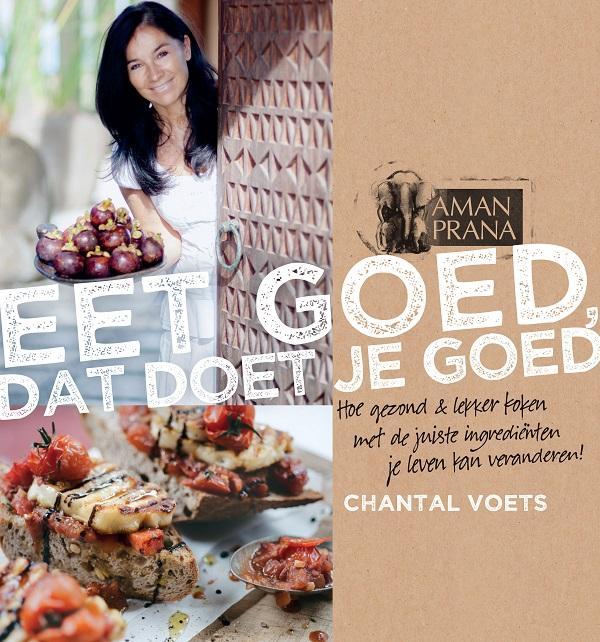 Where can you buy Seitan?
View the Bertyn dealers.

Where can you buy Amanprana?
View the dealers.